:/javascript/1 - Compiled Or Interpreted? The mystery of JavaScript translation. 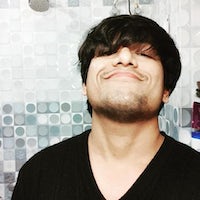 Subscribe to my newsletter and never miss my upcoming articles

Is JavaScript a compiled language or is it interpreted? And why are people so torn between this simple choice?

We know what are the compiled and interpreted languages, as discussed in the previous article in the series. Let's look into it in more detail.

If you're looking for an answer 10 mins before your front-end interview starts - JavaScript is both and say the phrase "Just-In-Time (JIT) Compiler" a couple of times.

Now let's dive deeper for you, my beautiful explorers of the JS wilderness!

A compiled language is translated directly into native machine code (imagine a file that only contains 0s and 1s) that the processor can execute. Examples: C, C++, Rust, and Go.

An interpreted language, on the other hand, is read line by line and executed by an interpreter. Examples: PHP, Python, and Ruby.

Now that the basics are dusted and settled, we continue our exploration of whether JavaScript is compiled or interpreted…

But before we dive any deeper…

Programming languages can have both - compiled and interpreted implementations. It is not part of the language's specification but an implementation decision.

Yes, you read that right! If a language is compiled or interpreted, it's not really the language's call but the way that it has been implemented.

Once you eliminate the impossible, whatever remains, however improbable, must be the truth. - Sherlock Holmes

Let's take a peek into the popular compiled language C. So we write some C code in an editor (a "sourcecode".c file) and after four steps of the compilation process- preprocessing, compiling, assembling, and linking (ignore the fancy terms for today), the compiler will create an output native code (in a "compiledcode".out file). This compiled file is what we run to see the result of our program.

So for every little change, we compile our program again and then run our executable. If I had a nickel for every little change I had to make on the fly while coding, I would... I don't know, have bought a ton of bitcoin or something! Now if I had to compile my code after every little change on the web, eish! Clearly, that's not how we do things in JavaScript. We are directly running our source code, the javascript we wrote, on the browser. There is no object code that needs to be run. So…

As we know, web developers need to code stuff and run things quickly. Interpreters fit the job description perfectly here. We write a line and hit refresh - voila! Having compiler in this equation, no thanks.

Many definitions on the Internet seem to suggest its Interpreted. So let's try this example code:

Here, it works if you try. So from what we know about the interpreter, it will read line 3 and execute the function foo and pri… wait how does the Interpreter know of the function foo which is down at line number 5? Huh.

This can't be an Interpreter job! How could it know what's coming in the next line? We can rule that out now. There is some aspect of compilation involved here, Watson!

Blistering Barnacles, Watson! We are out of suspects!

Wait… what if we are not in a Sherlock Holmes novel but an Agatha Christie story. Like the plot of the book censored to avoid giving out spoilers, when we are out of suspects, that means everyone is a suspect!

The interpreter is amazing if you need to run the code once but when it happens multiple times, it becomes significantly slower in execution as compared to the compiled native code. So there was a need to shrink this gap - enter Just-In-Time compilation over traditional static compilation!

Criminal: Just-In-Time Compiler - the best of both worlds!

It used to be just interpreters back in the day. But in order to overcome the significant inefficiency gap, the browsers started bringing in the compilers for optimizing the process better.

So in a nutshell, the compilation, in this case, happens during the execution.

Every browser has its own way of handling this but generally, a new component called a Monitor (or Profiler) is added to the translator, JS Engine. This Profiler monitors the code for redundant code and the object types.

The JIT compilation makes your code faster through monitoring the code and optimizing the recurring similar code blocks. And yes, this has its own overhead added to the process but the performance gains outweigh those.

Next in the series, we might take a look into the JavaScript runtime ecosystem. Whatever that means :/

[1] A crash course in just-in-time (JIT) compilers by Lin Clark.

[2] Mike Samuel on Is JavaScript interpreted by design?

[3] How Does JavaScript Really Work? (Part 1) by Priyesh Patel

I am writing a series of JavaScript articles aimed at understanding the architecture of this language in the simplest language possible (for me). There are plenty of resources aimed at syntax learning. Not many people understand the jargons that are around a lot or what is really happening behind the scenes. Hope you like it!